Emirates Team New Zealand have won the oldest trophy in sport, The America’s Cup, for the 3rd time.

Many around the world can’t wrap their heads around why a country like New Zealand can be so enthralled (at least every few years) by sailing. In the United States and indeed most other places, sailing is a patrician past-time. Not so in ‘way down-under’ New Zealand, where the colour of your collar means nothing more than the size of the chip on your.

Team New Zealand have been painted as the outsiders in the event in Bermuda this year. They were the last to arrive, while the other challengers created a cosy-relationship with one another – none more so than Oracle Team USA and their little brother SoftBank Japan, while New Zealand have kept to themselves. This should come as no surprise to the rest of the world. New Zealand is a small, isolated country. They do things their own way down there; they thrive on being the underdogs and insist on the tagline even when they’re not.

To prepare for this years competition they stayed in New Zealand while the rest of the teams often raced together. They trained alone, tested alone. To those who aren’t acclimatized to it, this attitude can be mistaken for arrogance. New Zealand call it ingenuity. While Oracle Team USA were stunned, the Kiwi’s were likely the least surprised today.

At the beginning of 2017, new changes to the format of the America’s Cup were proposed, with all current challengers signing on with the exception of Emirates Team New Zealand. The new format would result in a two-yearly event, with the intention being to provide more stability and room for long-term planning to encourage more teams, sponsors and viewers alike. Team New Zealand didn’t blink. They won the Auld Mug the traditional way in San Diego for the first time in 1995, and will defend it as so as winners in 2017.

In 2013 Team New Zealand were in an unlosable position, and lost. With all the turmoil that surrounded the team in the ensuing years: no money, a coup to oust their CEO, and replacing their skipper of the past 14 years, the average punter would not expect a kiwi-comeback like this. Yet perhaps it was exactly what Team New Zealand needed; to be back as the underdogs and with that chip placed firmly back on the shoulder. 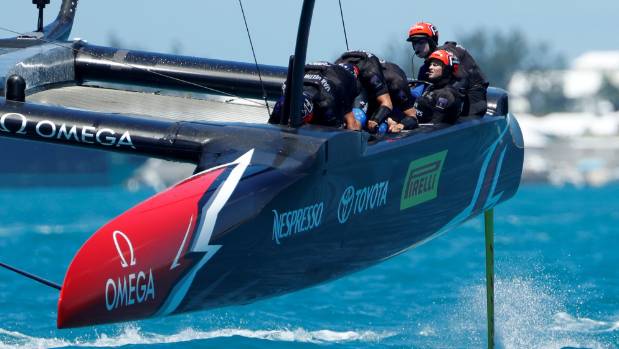 Team NZ’s decision to delay their arrival in Bermuda is proving to be a masterstroke.

Overall, Team New Zealand cleary have a superior boat, maximising it to perform in the 6-12 knot wind range which has been ever-present throughout the regatta, particularly during the finale.

But the management of their prime asset has been equally as important.

While the likes of the “cyclor” grinding system and wingsail control have proven to be tremendous innovations, they came with plenty of risk. 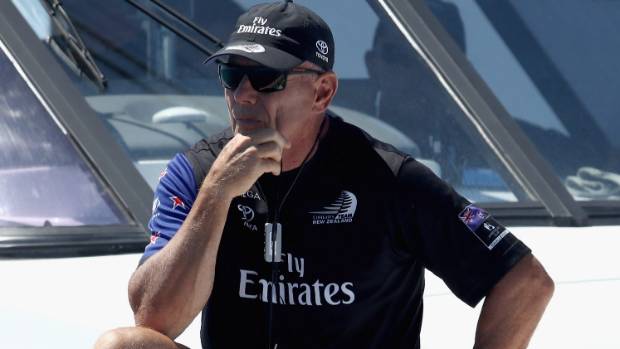 However, Team NZ never wavered in their belief, sacrificing valuable match-racing practice on the Great Sound to delay their arrival in Bermuda and keep them secret for as long as possible.

That proved to be crucial as, once their rivals realised the Kiwis were on to a good thing, it was far too late to replicate.

2. ORACLE SHOOT THEMSELVES IN THE FOOT

It’s been well documented that the introduction of several “one design” elements to the AC50 class has limited Oracle’s options to drastically overhaul their cat.

As defenders, that was their call which they have to live with. But it should be noted that they have made significant gains since last week’s five-day break.

Despite losing both races on Sunday (Monday NZ time), they were half a knot faster on average than Team NZ.

Trouble is, they haven’t mastered the handling of the new package. Given another week or so, they may be just as good or, dare I say, even better than the Kiwis.

But unfortunately for the well-funded Americans, time is one luxury they cannot afford.

3. NO SCARS FROM SAN FRANCISCO

Oracle can go on about 2013 all they want; apart from skipper Glenn Ashby, who has led the team brilliantly in his own understated way and been the perfect foil for Peter Burling, this young Kiwi crew simply have no fear of Spithill and the Oracle machine.

All new to the cut and thrust world of the America’s Cup, they have improved with every race to the point where they are now beginning to master the off-water antics and take Spithill on at his own game.

Take Burling, for example, who despite losing to Oracle on Saturday proceeded to prod the ‘Pitbull’, ribbing the much-vaunted Aussie skipper about how it was about time they started to put up a fight.

He then backed that up on Monday with a cheeky hand gesture after schooling Oracle in the startbox.

Confident in the team and their own ability, they feel Spithill’s bark is far worse than his bite.

A lightning rod for criticism following 2013, Grant Dalton has purposely kept a low profile this time around.

But make no mistake, Team NZ would not be in the position they are now if it wasn’t for the perserverance of their dogged chief executive.

Dalton has been diligently working away in the background, making bold decisions in the boardroom as well in the boatshed, running the team on a shoestring budget compared to many of their rivals.

It hasn’t all been perfect, with Dalton again coming under fire over his handling of Dean Barker’s exit.

But ultimately, he has been proven right and after playing second fiddle to the likes of Sir Peter Blake and Sir Russell Coutts over the years, it is now time for Dalton to take his place in the sun.

Dalton isn’t the only one to take a few lessons on board.

This country has a bit of a habit of getting ahead of itself when the going is good for its sports teams, only to stick the boot in when they fall over.

The events of San Francisco means there was always going to be a great deal of apprehension from the public towards this campaign.

“If you’re not testing, you’re guessing” is a revolving yet relevant saying
She Needs More Power, Captain! More power requires better recovery, and Emirates
Falling behind early on in the day to go level with the
Land Rover BAR’s chief technology officer, Andy Claughton, gives us an insight
The America’s Cup is never the same each time it’s contested. The