It is often said that the Tour de France is perhaps the most gruelling endurance event on the planet. The same is sometimes said about Ironman. We saw in my previous blog that energy expenditure in the Tour de France averages almost 6000 kcal per day for 3 weeks (5).  It has been measured that energy expenditure can be as high as 9000 kcal per day. How does this compare to other sports? Is this really the most extreme sport? Is it Ironman… Or is there another event?

Another report describes 2 elite cyclists averaging around 330 km/day for 10 days and expending 7,000 kcal per day (2)

There is also a report of a team of elite cyclists expending 6,500 kcal/day who covered nearly 4,900 km in 6 days during the Race across America (RAAM) (3). 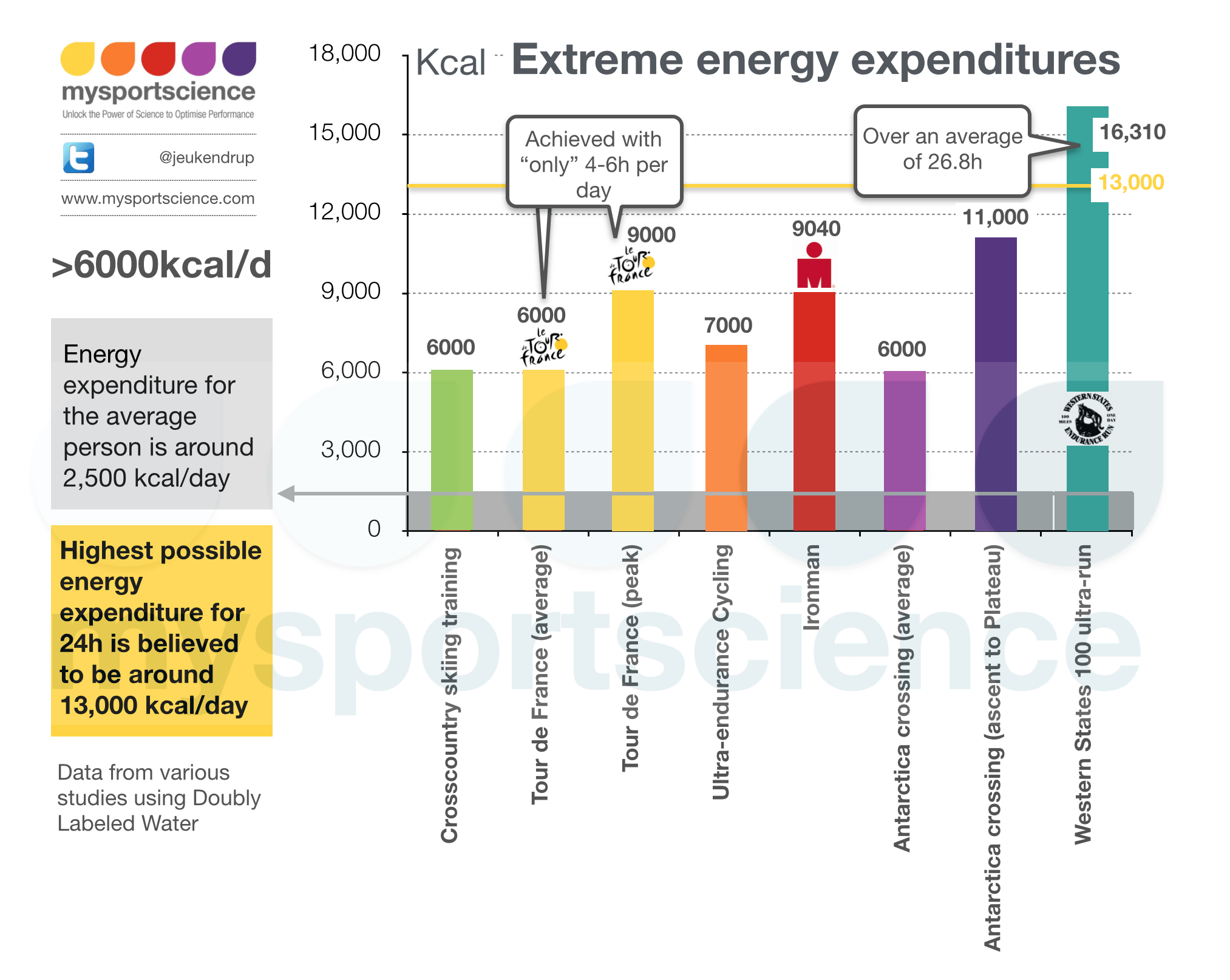 Dr Mike Stroud, a Polar explorer and researcher, measured energy expenditure in man-haulers over several polar expeditions during the 1980s and 1990s (7). Before these studies the very high energy costs of polar travel on foot appreciated. During a modern-day, one-way expedition to the South Pole that repeated Scott’s route (“Footsteps of Scott expedition”), an average of 6,000 kcal were expended every 24 h. Mike Stroud himself together with Sir Ranulph Fiennes crossed Antarctica by foot and expended on average nearly 7,000 kcal/day.

During this crossing there was a period of approximately 10 days, while ascending to the plateau, during which they averaged nearly 11,000 kcal/day).

It is clear that daily energy expenditure can be much higher than the reported average of 6000 kcal per day for the Tour de France cyclist. Values can be even higher than the extreme values reported during the longest and hardest days in the Tour.

What make the Tour de France unique though is that these extreme energy expenditures are achieved within 4-6 hours of racing per day and also that this is sustained over a period of 3 weeks.

Most other sports with extreme energy expenditures achieve their high numbers by exercising more hours per day at a lower intensity and sometimes by eliminating sleep.

Which is the most extreme sport? Difficult to say… would you rather do a day in the Tour than a day crossing Antartica, or running a 100 mile race in the heat without sleeping?